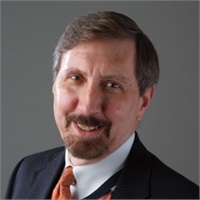 Mike Kloc started his career in financial services in 1978 at Dean Witter Reynolds in Chicago. In January 1981, Mike moved to Philadelphia and joined the regional firm of Elkins and Company, where he was introduced to one of the partners, Matt McCloskey. Mike previously worked at The Bache Group and Janney Montgomery Scott. In 2013, Mike was pleased to join the McCloskey Financial Group and get a chance to work with some old friends again.

Mike holds his 7 and 63 registrations. Mike has a real passion for financial services where he has spent his entire working career. He is a team player and problem solver from his management days, where he had been involved in many of the day-to-day responsibilities.

Mike lives in Bryn Mawr with his wife, Patricia. His is the father of three sons, and has one granddaughter. Mike enjoys watching sports and playing golf.